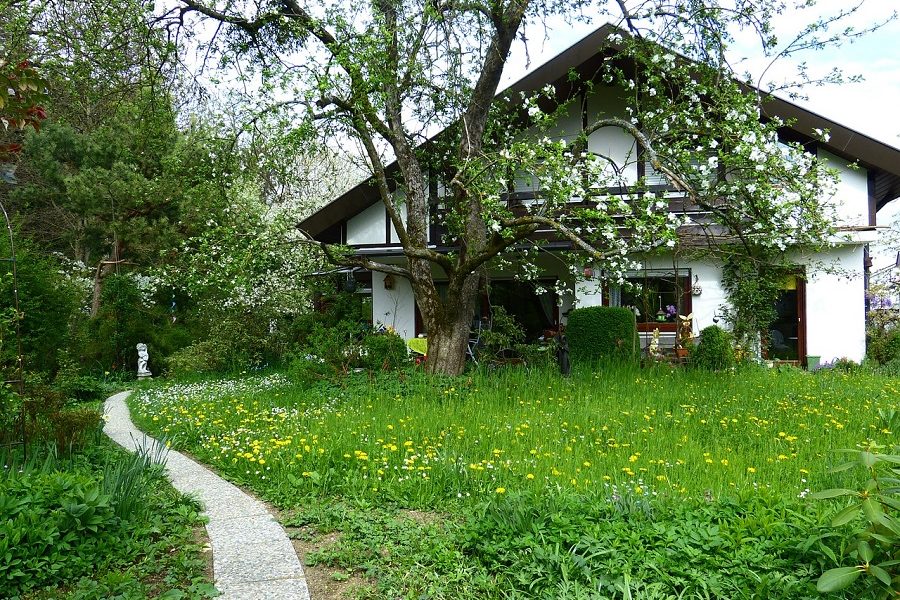 While the shade of a beautiful, healthy tree can improve a hot summer’s day, a dead or damaged tree can be dangerous. When the structural integrity of a tree becomes compromised, it has the potential of falling onto your home or property without warning. That’s why it’s best to address the state of your trees when something’s not quite right or if a tree is getting a little too close for comfort.

Diseased trees or trees damaged by extreme weather may show signs of potential issues before they fall. Some common signs to look out for include splintering bark, mold, lack of foliage, deadwood, and cracks in the limbs or the main trunk of a tree. If you notice any of these abnormalities, particularly if a tree is close to your home, it’s important to contact a certified arborist as soon as possible to have it removed.

The Dangers Of A Falling Tree

When it comes to a tree falling onto a car, it’s more than likely to total the vehicle. This doesn’t include the dangers a falling tree can pose to nearby people, pets, and buildings. Furthermore, falling trees can take out power lines and cause serious damage to your home’s roof. To prevent falling trees, it’s important to make sure they are healthy and structurally sound in secure soil. Keep in mind, however, that even if a tree seems secure, it has the potential of falling over after heavy rainfall that results in excessive flooding.

How To Avoid Falling Trees

One of the best ways to prevent a falling tree and problems down the road is to make sure it’s planted in a safe, strategic place. However, if you already have mature trees on your property, it’s important to make sure they are regularly pruned and monitored for potential issues. Regular pruning and preventative tree care can help reduce the weight of a tree on your property. If you are unsure about the health and stability of your trees, it’s important to contact a certified arborist to evaluate them and advise you on the services you may need.

When A Tree Should Be Removed

Determining when a tree should be removed heavily depends on why a tree is being removed in the first place.

If a tree is deemed dangerous, it should be removed as soon as possible to prevent harm and property damage. A falling tree can easily crush cars, seriously injure or kill people, and destroy your home. Never wait for extreme weather to cause disaster. Get a dangerous tree removed TODAY.

If a tree is dead but poses little danger to people and property, you can schedule a time and date with a certified arborist that works best for you to have it removed. However, it’s important to have it removed as soon as possible if it suddenly becomes a threat.

When it comes to a diseased tree, it’s important to act quickly to treat or remove it to prevent the spread to other trees on your property. To ensure a sick tree is properly treated or removed it’s important to contact a certified arborist to get get the job done correctly.

How To Save A Tree

Though some trees can be pruned and trimmed to help them grow correctly, not all trees can be saved from the inevitability of death. However, the best way to determine whether or not a tree can be saved is to have a certified arborist assess its health and integrity. At Westcoast Tree Care, we will be able to tell you whether or not a tree on your property can make a full recovery with a little preventative maintenance or if it needs to be removed.

If you need help with your trees and don’t know how to get started, Westcoast Tree Care is here to help. Our ISA certified arborist will address your tree-related needs from pruning to removal, diagnosis and more. Contact us by filling out our online form or giving us a call at 1.800.767.8733 today for more information and a no-cost, no-obligation quote for any of our tree care services.

Eugene Tree Care: How to Keep Your Trees Safe in Heavy Rain
January 27, 2023